Learn more about working with the PFC3D Computational Fluid Dynamics Module in our online documentation.

The CFD Module provides commands and scripting functions to connect to CFD software and solve fluid problems — note a CFD solver is not a built-in component of the module. This gives users the flexibility of coupling PFC3D with the CFD solver of their choice. For an overview of other DEM/fluid coupling methods and applications, see Furtney et al., 2013.

In the coarse-grid approach, equations describing the fluid-flow are solved numerically on a set of elements that are larger than the PFC3D particles. The force acting on the particles due to the fluid is assigned locally to each particle and is based on the fluid conditions in the fluid element that the particle occupies. The formulation for fluid-particle interaction force is accurate and smoothly varying for the practical ranges of porosity and Reynolds numbers (turbulent effects are included in the fluid-particle interaction term).

A corresponding body force is applied to the fluid as an average over one fluid element. Porosity and fluid drag force are calculated from averages of the particle properties in each fluid element. Two-way coupling is realized by periodically exchanging this information between PFC3D and the fluid-flow solver. The synchronization and exchange of information between PFC3D and the fluid-flow software is typically done via TCP socket communication.

The CFD Module for PFC3D provides methods to:

The module comes with three examples. 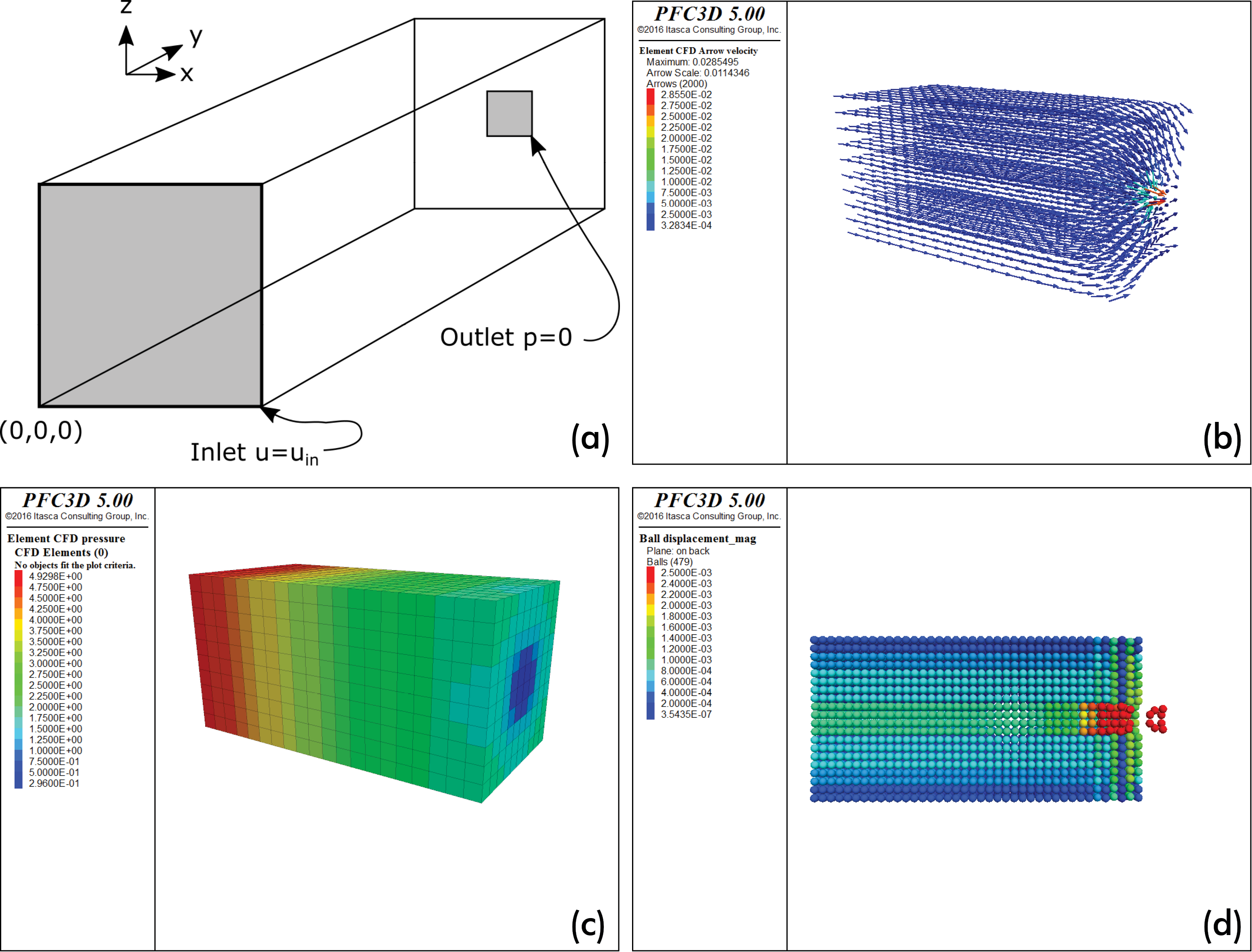 PFC3D example for a porous flow showing the (a) problem schematic for where fluid enters the domain at y=0 and flows out a small outlet at y=1, (b) fluid velocity vectors, (c) contours of fluid pore pressure, and (d) contours of particle displacement.