FISH is a scripting language embedded within UDEC that allows you to create new model variables, customized functionality and interact with the model. FISH was developed in response to requests from users who wanted to do things with Itasca software that were either difficult or impossible to do with existing program structures. Rather than incorporate many new and specialized features into the standard software, an embedded language was provided so that users could write their own functions. For example, FISH functions can be written to:

FISH functions can be simply defined anywhere in a UDEC data file. For example, the function abc will execute a simple mathematical expression when called.

Functions may invoke other functions, which may invoke others, and so on. The order in which functions are defined does not matter, as long as they are all defined before they are called. A compiled form of every FISH function in UDEC’s memory space and the current values of associated variables are all stored as part of a UDEC save file. FISH variables can be called directly, embedded symbolically into UDEC commands and called at any stage of the calculation cycle.

FISH functions can be as simple as the previous example, more advanced as shown below or they can be made up of combinations of hundreds of other FISH functions comprising thousands of lines of code. Although the latter can be quite complicated, it can be remarkably powerful, providing users tremendous flexibility and control in their modeling. This example automatically places cable structural elements into a model from a center point along an arc. 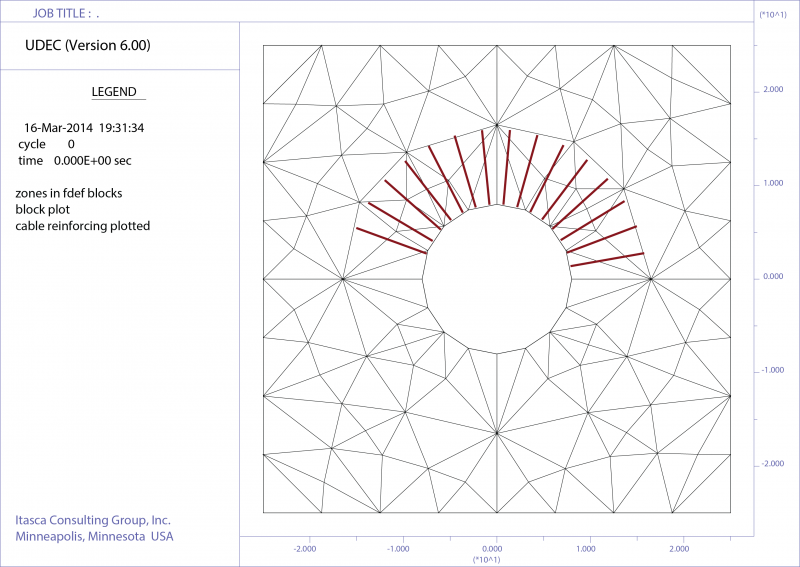 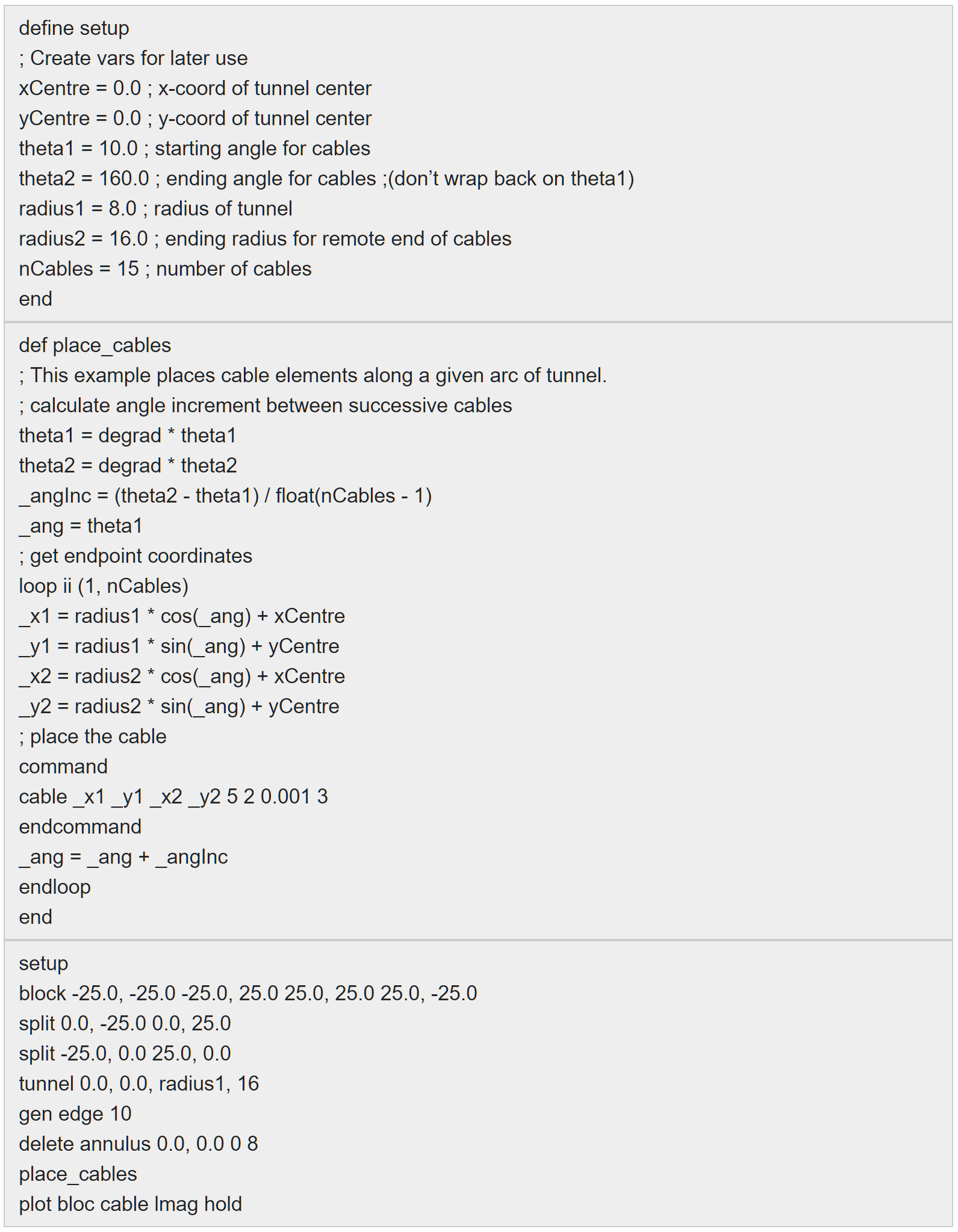